Leaving the Dalshöfði farm guest house on the ring road east of Kirkjubæjarklaustur, we entered a large expanse of alluvial flood plains created by eruptions beneath the Vatnajökull icecap sending torrents of glacier meltwater south towards the sea. Remains of old bridges serve as a reminder of how powerful the flooding can be.

First stop was the Skaftafell National Park, a great base for hiking up onto the icecap, or shorter walks to Svartifoss and viewpoints over the glaciers. Svartifoss waterfall sits among hexagonal basalt lava columns and is quite an impressive site. A gentle climb further, great views can be had over the Skaftafellsjökull glacier. There is a map of the hiking trails on a board at the National Park visitor center. 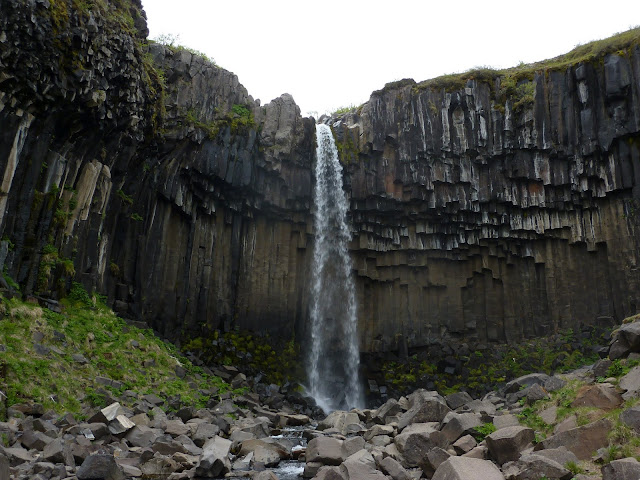 We could no doubt have spent days rather than hours at Skaftafell, but Jökulsárlón iceberg lake was next en-route, and it was definitely worth making some time for. Featuring in two Bond films, plus Tomb Raider and Batman Begins, many people will have seen Jökulsárlón on the big screen without realising it.

The Jökulsárlón lagoon is formed by a glacier's retreat leaving a lake of melt water with a narrow exit into the sea. Large chunks of ice break off the end of the glacier and float around the lake, while the short river to the sea flows alternately in and out with the state of the tide. 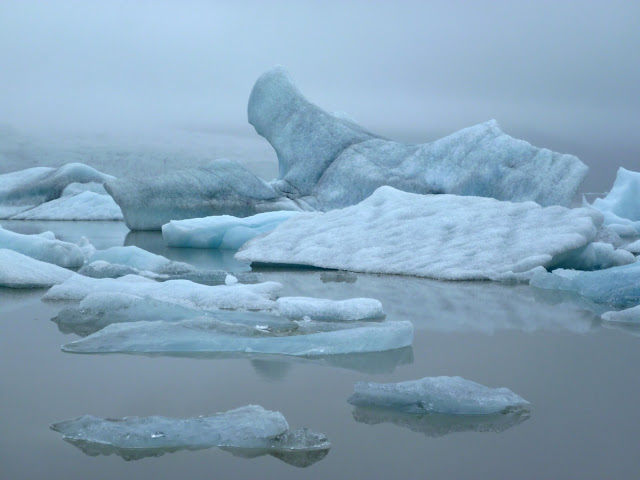 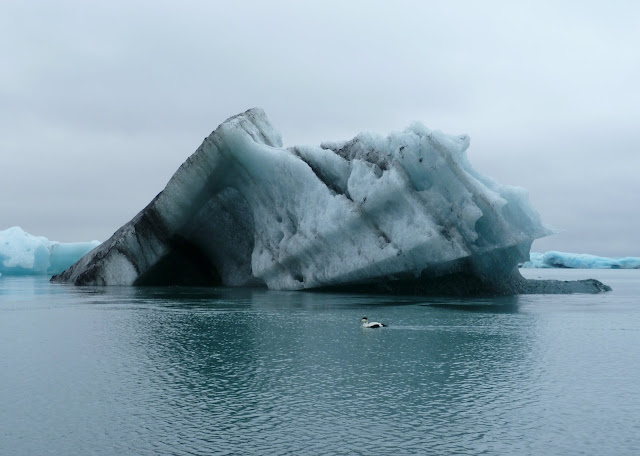 Having watched seals and birds among the icebergs for a good hour or so, and with the weather worsening, we continued in the direction of Hofn, stopping ~50km short at the hamlet of Vagnsstaðir to stay at the hostel there. In grey drizzle, it seemed rather bleak, but it was still warm and comfortable.