Lake Myvatn is a hotbed of geothermal activity (pun intended) with a wealth of sights for the geologically-minded visitor. We had planned just a short drive along the ring road today so that we had plenty of time at Myvatn.

We started with Hverfjall, a large tephra (volcanic gravel and ash) crater, now extinct. The short walk to the crater rim gives good views across Lake Myvatn and the middle of the crater itself. 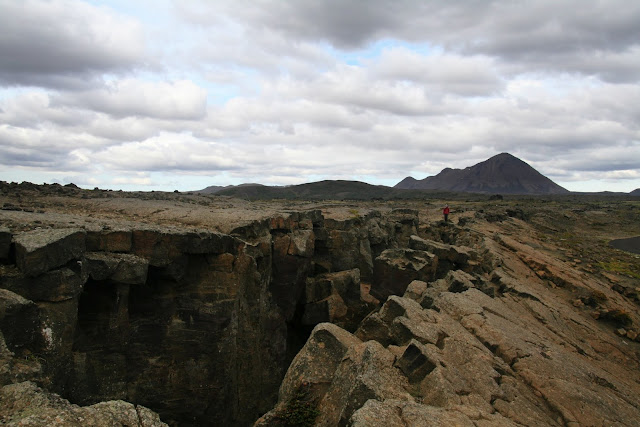 Nearby, the Grjotagja caves contain hot pools in which people used to bathe. This is now not advised, since, while the surface temperature might be moderate, it can be scalding hot beneath. The pools are within a large fissure that runs along this part of the Mid-Atlantic Ridge. It's a dramatic sight and shows how powerful tectonic forces can be. 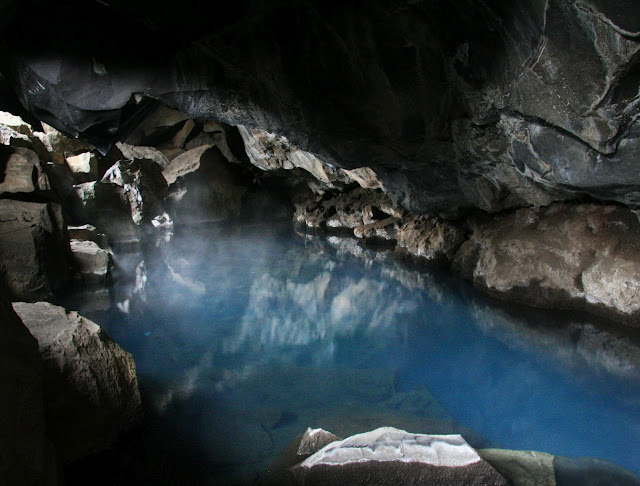 South of the Hverfjall crater, the unusual rock formations at Dimmuborgir ("Dark Forts") are another volcanic phenomenon. As vast quantities of lava from volcanoes to the south flowed down over the Myvatn area, the molten rock super-heated the marshy ground beneath, resulting in high pressure steam beneath the cooling lava. The steam escaped explosively through the hardened crust on top of the lava, leaving sharp, erratic shapes in the rock.

A few kilometers further east of Myvatn, Námaskarð is an area of boiling mud pools and steam vents (fumaroles). Marked paths navigate through the geothermal ground. 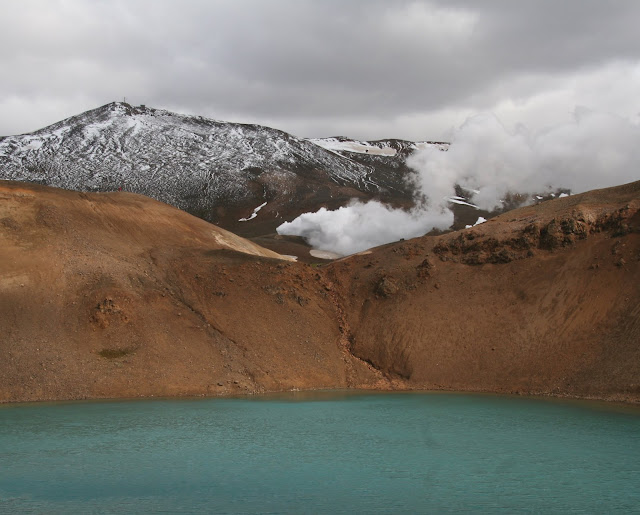 A return visit to the Krafla geothermal power station was our final 'sight' for the day before relaxing at the Myvatn Nature Baths. The baths, Icelandic name Jarðböðin, contain mineral-rich hot spring water, cooled to a pleasantly warm temperature. They are likened to the well known Blue Lagoon near Reykjavik, though the Myvatn Nature Baths are reportedly a lot less commercialised. They provided a good hour's wallowing before we set off for Akureryi.

Akureyri, a quick 100km drive from Lake Myvatn, is Iceland's second city and a real contrast to the isolation we had seen around much of the ring road. Though its population is <20,000 people, it's a cosmopolitan and lively place. We took advantage of our urban surroundings with a delicious dinner at Rub23, a nice fish restaurant in the middle of town. 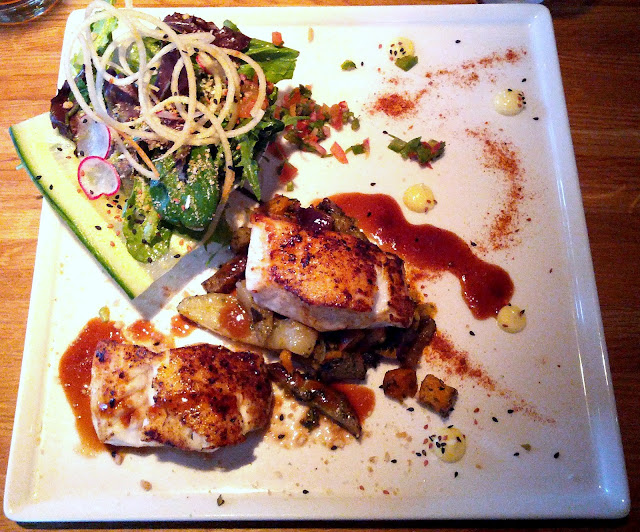