With limited time to complete our loop around Iceland, we had to head south from Hrútafjörður and continue along the ring road towards Reykjavik, rather than exploring the Western Fjords or Snaefellnes Peninsula. These would have to wait for a return trip.

The guide book mentioned some interesting caves in the Hallmundarhraun lava field, about 30km east of the ring road from Varmaland. Information was a little thin on the ground, but we set off along the gravel road 523 following a signpost to Víðgelmir. As we neared the point where road 518 turns around at the top of the valley towards Husafell, a sign for "lava cave 2km" caught our eye, and we found an information board about the Víðgelmir Lava Tube. A short walk took us to a section of the lava tube where the roof has collapsed, allowing access into it. 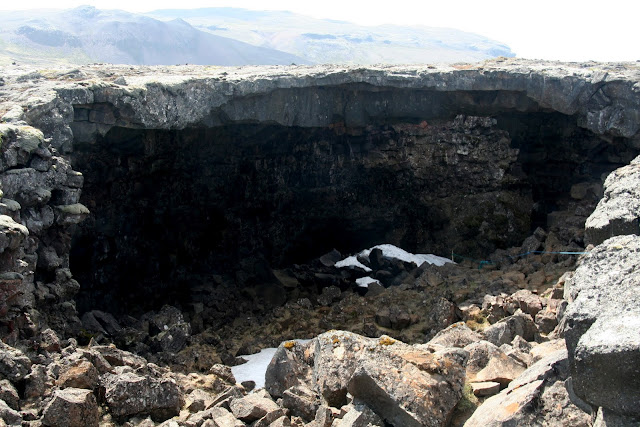 Lava tubes are formed when the surface of a lava flow cools and sets, while the hotter, more liquid, lava below continues to flow away leaving a void beneath. The Víðgelmir tube is about 1.5km long, though access is restricted by an iron gate somewhere along its length to prevent damage to the delicate lava formations within. Equipped with head torches, we were happy to explore the first 100m only. 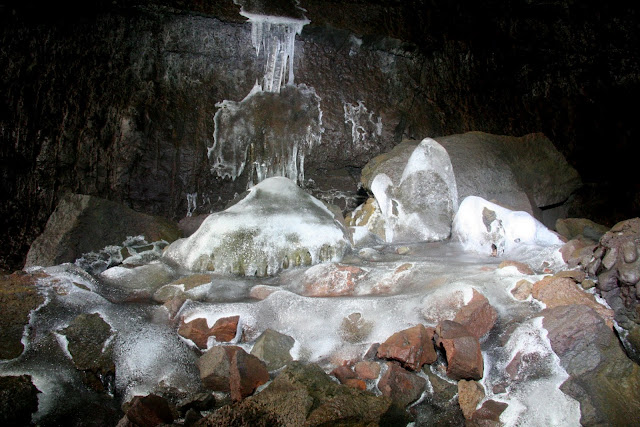 Surtshellir, a larger lava cave in the same lava field, is further up the valley along the road F578. However, this road isn't suitable for 2-wheel drive cars and not wishing to destroy the Micra, we didn't explore further. The sign warning off rental car drivers must be a result of the locals tiring of rescuing stranded tourists! 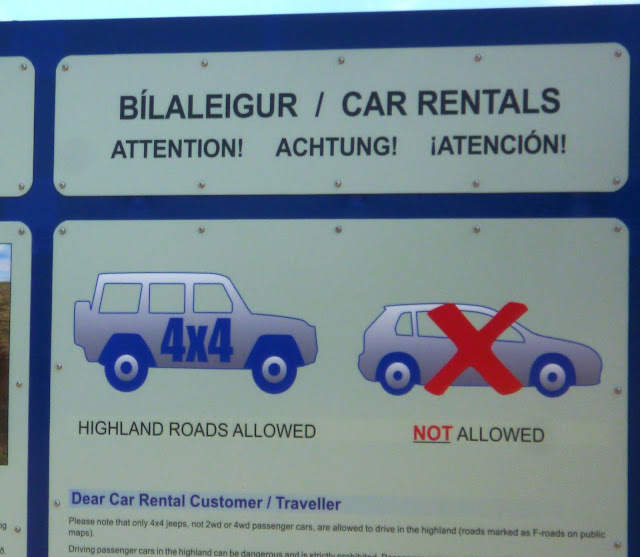 Returning to the ring road, we discovered that road 518 running along the southern side of the valley is tarmac, so we could have avoided much of the gravel track on the way out to Víðgelmir. We had a brief stop to see the river rapids and rock arches at Barnafoss, then set off for Reykjavik via the tunnel under Hvalfjörður. 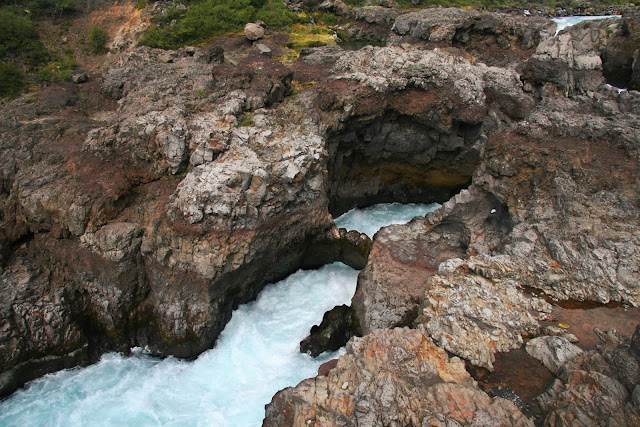 Arriving in Reykjavik late afternoon, we had a wander down the main shopping street of Laugavegur. The numerous coffee shops were mostly closed, so we opted for beer then dinner instead. Delicious cod and langoustine ravioli were had at the pleasantly informal restaurant/bar Vegamot. Our exploration of the legendary Reykjavik nightlife extended only as far as a few more drinks; going out clubbing seemed like an exhausting prospect!