Today was the only time during our 9-day loop around Iceland that the weather really impacted our plans. Not bad for an island at 65° N in the middle of the Atlantic Ocean.

Leaving Fáskrúðsfjörður, we took the new tunnel northeast to avoid the apparently sketchy coast road, and continued on to the town of Egilsstaðir. The rain was intermittent and the cloud low, but we had plenty of time to take a couple of detours before heading east to our destination for the day of Lake Mývatn. 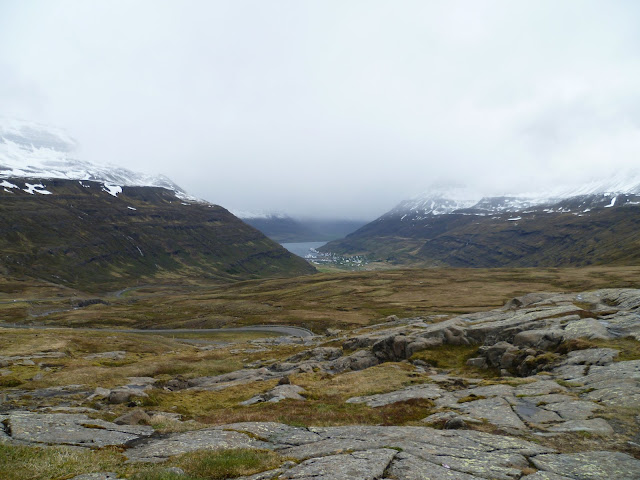 Climbing to 600m over the pass to Seyðisfjörður, we found ourselves surrounded by snow. The roads were clear though, so we made it over to the pretty town of Seyðisfjörður, best known for being the terminal of the ferry from Denmark and the Faroe Islands.

Our second detour for the day was to Borgafjordur-Eystri (a.k.a. Bakkagerði), a remote settlement in the far north east of Iceland, accessible via an unsurfaced road north (94) from Egilsstaðir. I was a little concerned that this might be too demanding of our rental Micra's suspension, but promises of excellent puffin watching near the town spurred us on.

The gravel road to Borgafjordur-Eystri makes its way through flat marshland for most of its length, and though bumpy, was within the Micra's abilities. However, the last few miles feature a steep climb over the side of Dyrfjoll mountain, which looks easy in the aerial view here, but was several inches deep in snow with blizzard conditions as we approached the top. Not wishing to drive off a cliff or get stuck somewhere, we sadly had to turn round and leave the puffins for another day. 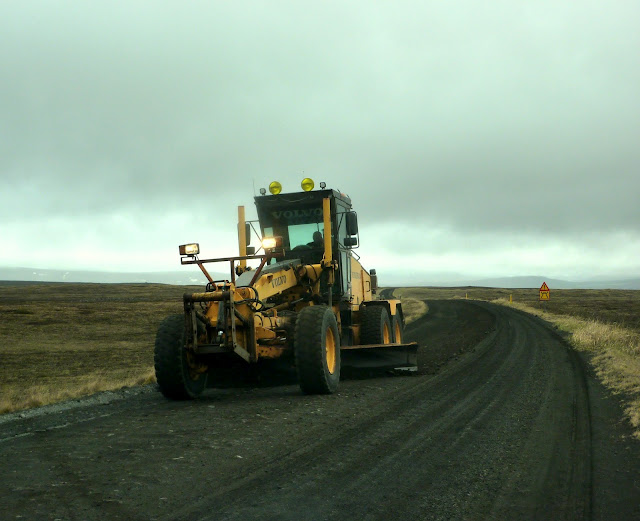 Back en-route to Lake Myvatn, we covered the 150km west in good time and took the turning to Europe's most powerful waterfall, Dettifoss.

Access to Dettifoss on the road east of the river, no. 864, was drivable in our 2-wheel-drive rental car, albeit with 30km of constant bumping around. We had read that the road further west, no. 862, is suitable only for 4x4 vehicles and is extremely bumpy, but I now note that Wikipedia says that a tarmac road has opened along that route. We had decided not to visit the Jökulsárgljúfur National Park north of Dettifoss because of the poor weather, but it's worth investigating the road quality in advance if planning to drive there in a 2-wheel-drive car. 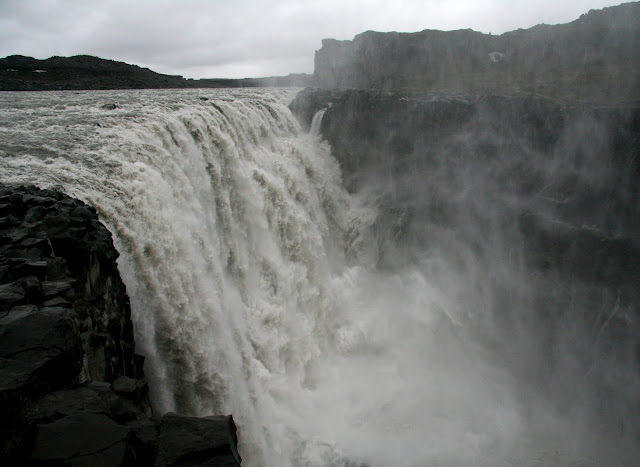 Dettifoss itself is quite a sight; 100m across and 45m high, claiming its title as most powerful waterfall in Europe due to its huge volume throughput.

First of the geothermal sights in the Mývatn area that we visited was Krafla, Iceland's first geothermal power station. It's possible to drive through the middle of the site and visit the craters nearby. It was extremely foggy as we arrived and the jet engine-like roar of steam vents dotted around the site added a very surreal air to the place. We came back the following day when it was much clearer to take the photo below. 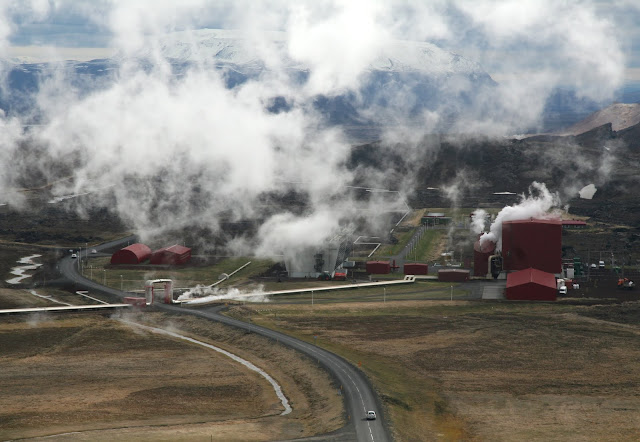 Final stop for the day was at the Cow Shed Cafe at Mývatn. As you might expect, this is a cafe in a cow shed. A glass divider means you can watch the cows being milked as you enjoy the fruits of their labour (skyrr yoghurt, mozzarella) and other specialities made on the farm (smoked lamb, smoked Arctic charr, geyser bread baked for 24hrs in geothermal ground). 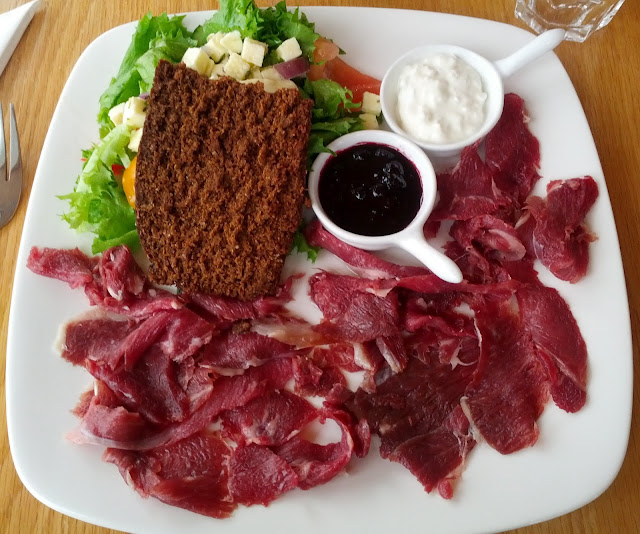